Somnath: Looted, destroyed and resurrected 17 times. Home to one of the 12 Jyotirlings of India, the temple city of Somnath or Prabhas Patan is situated in the state of Gujarat on the Arabian Sea. ... History: It is said that the original temple of Somnath was built by the Moon God and was made of gold. Diu : Diu is a coastal town at the eastern end of Diu Island, India. A bridge connects the island to the state of Gujarat. Overlooking the Arabian Sea, Diu Fort, a 16th-century Portuguese citadel, features a lighthouse and cannons. Inland, centuries-old St. Paul’s Church was built in elaborate baroque style. Nearby, whitewashed St. Thomas Church is now home to the Diu Museum, with wooden carvings and religious artifacts. Sasan Gir : ir National Park tour & travel packages at gir national park and Jeep safari in gir is a must if you want to have some fun in your Sasan gir national park explore. Dwarka : The ancient Dwarkadhish Temple has an elaborately tiered main shrine, a carved entrance and a black-marble idol of Lord Krishna. Dwarka Beach and nearby Dwarka Lighthouse offer views of the Arabian Sea. Southeast, Gaga Wildlife Sanctuary protects migratory birds and endangered species like the Indian wolf.

Arrive and Check into the Hotel, Dinner.

2 Visit: After B/F Check out the Hotel & Have a Local Sight Seen

Arrive & Check into the Hotel, Free for Leisure, Afternoon take a Jeep Safari in Gir National Park / Devaliya Park (Self Expense) which is situated in 65 Kms to South East of Junagadh to see Asiatic Lion in their natural habitats, Dinner.

Arrive & Visit Mahatma Gandhi's birth-place (Kirti Mandir) & Sudamapuri, Transfer to Harshad Mata Temple on the Sea Shore, After Darshan start for Dwarka, Arrive & Check into the Hotel, After Fresh & Up visit Shri Krishna Temple – The Temple has been built on 60 pillars with granite and marble stones, Free for Leisure, Dinner. 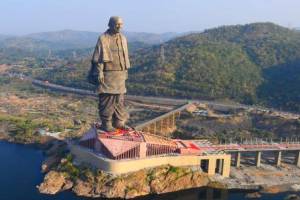 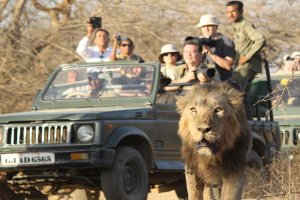 Wildlife and Birding of Gujarat 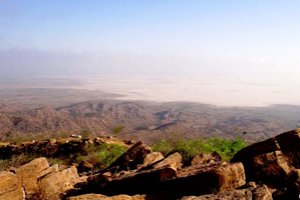