Bengaluru : Bengaluru (also called Bangalore) is the capital of India's southern Karnataka state. The center of India's high-tech industry, the city is also known for its parks and nightlife. By Cubbon Park, Vidhana Soudha is a Neo-Dravidian legislative building. Former royal residences include 19th-century Bangalore Palace, modeled after England’s Windsor Castle, and Tipu Sultan’s Summer Palace, an 18th-century teak structure. Mysore : Mysore (or Mysuru), a city in India's southwestern Karnataka state, was the capital of the Kingdom of Mysore from 1399 to 1947. In its center is opulent Mysore Palace, seat of the former ruling Wodeyar dynasty. The palace blends Hindu, Islamic, Gothic and Rajput styles. Mysore is also home to the centuries-old Devaraja Market, filled with spices, silk and sandalwood. Ooty : Ooty, also known as Udhagamandalam, is a hill station in the state of Tamil Nadu, in southern India. Surrounded by trees, central Ooty Lake is a huge artificial expanse of water with pleasure boats. On the slopes of nearby Elk Hill, the Rose Garden is home to over 2,000 varieties of roses. The Government Botanical Garden, created in the 19th century, features ferns, orchids and a prehistoric, fossilized tree.

The Garden City of India, capital of Karnataka is one of the prettiest and cleanest, for its rapidly growing software market. Visit Cubbon Park and Museum (01 Km), Government Museum (01 Km), Tippu's Palace (04 Km), The Fort, Bull temples (05 km), Vankappa Art Gallery (02 Km) as time permits.Overnight stay at the hotel. Note: Distance mentioned in KM is from the City Centre to the sight seeing spot

After breakfast proceed for a sightseeing tour of Ooty and Conoor. Visit Doddabetta peak, Rose garden, Children's park and then proceed to Conoor.Visit Sims Park, Dolphin nose, Kettey valley etc (This locations is accessible only for small Vehicles) . Overnight stay at the hotel.

The name Kodaikanal means the "gift of the forest". It is one of the most beautiful and unexplored destinations of southern India. With its intoxicating air, breathtaking scenery and serenity that you can hardly find in any other hill station. Visit Cookers walk, Green valley view, and the Star Shaped Lake.Overnight stay at the hotel. 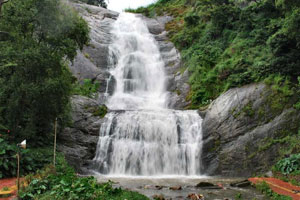 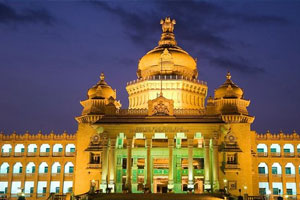