Kerala's culture and traditions, coupled with its varied demographics, have made the state one of the most popular tourist destinations in India. In 2012, National Geographic's Traveller magazine named Kerala as one of the "ten paradises of the world” and "50 must see destinations of a lifetime". Travel and Leisure also described Kerala as "One of the 100 great trips for the 21st century". In 2012, Kerala's beaches, backwaters, lakes, mountain ranges, waterfalls, ancient ports, palaces, religious institutions and wildlife sanctuaries are major attractions for both domestic and international tourists. The city of Kochi ranks first in the total number of international and domestic tourists in Kerala. Until the early 1980s, Kerala was a relatively unknown destination compared to other states in the country. In 1986 the government of Kerala declared tourism an important industry and it was the first state in India to do so. Kerala attracted 8.5 million tourists, an increase of 23.68% over the previous year, making the state one of the fastest-growing popular destinations in the world. Ayurvedic tourism has become very popular since the 1990s, and private agencies have played a notable role in tandem with the initiatives of the Tourism Department.[479] Kerala is known for its ecotourisminitiatives which include mountaineering, trekking and bird-watching programmes in the Western Ghats as the major activities.

Munnar -The so called "tea garden hill station of kerala". On the way visit vallara and cheeyappara waterfalls and Blossom Garden. Evening, enjoy the beauty of tea garden. Overnight stay at the hotel.

Thekkady is a pleasant heaven on earth for those who love nature in its wild manifestations. Spices are found in abundance in Periyar. Get ready for a spice tour to view the plantations of a wide variety of spices like cardamom, pepper, tea, coffee, cloves, ginger, turmeric, cumin seed, etc. Overnight stay at the hotel. Own arrangement for Boating

The "Venice of India" noted for its winding waterways and canals. It is an important commercial and business town, manufacturing and exporting coir products and black pepper. Explore the natural beauty of Kerala, the paddy fields, narrow canals, coir villages etc. Overnight stay at the hotel/ House boat.

• Any other services or food which are not mentioned in the above "Includes" section. • Expense of personal nature such as tips, laundry, telephones, beverages etc • Airfares and Train ticket charges if any • Christmas Eve /New year Eve supplement charges if applicable. • Any entrance Fees / Activities charges unless specific in inclusion. Note: • Given quote is valid for minimum 2 (2 adults) paying persons only. • Confirmations of hotels are subject to availability. • Slight alterations in the accommodation may become unavoidable due to unavailability of rooms in mentioned hotels, but the accommodation so provided will be of the same class. • Check in time 1400 Hrs and Check out time 1200 Hrs for all Hotels • This quote is valid for 7 days only. • Rooms mentioned in Munnar are Non A/C. • Vehicle at disposable from 8 AM to 8 PM as per above itinerary. Any additional sightseeing will be charged extra. • The food service at respective hotels depends on hotel occupancy. In case of low occupancy a Set Menu for a fixed price will be provided by the hotel as per your chosen food plan. • Kindly note that if agent does not provided GST number at the time of confirmation the final invoice will be treated as unregistered dealer. 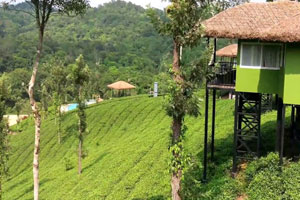 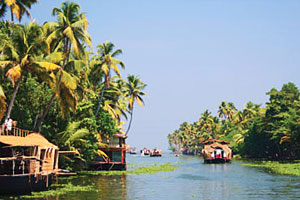 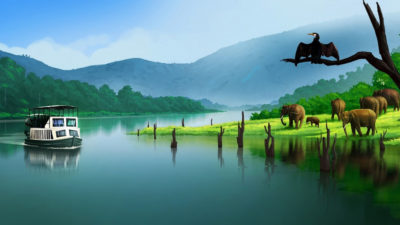